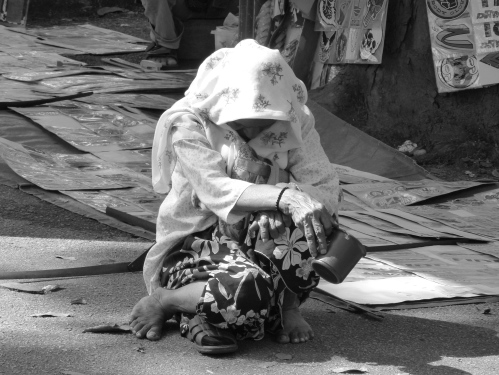 the victims of war? Is there colour at the hospital or  when  someone  you

love boards the ship and you were seen containing your tears? There is

no colour in sadness. There is no  colour  in  ill  health.  There  is  no  colour

when two trains collide.  Circumstances  in  life  decides  the  colour  you

choose when you press the shutter. And that is the colour of photography.”

This rhyme pokes fun at toothless individuals and telling them that there is nothing hard one could eat when one is toothless except bean sprouts but the fact is bean sprouts are not that soft so to speak.

The author/owner has compiled for record, a collection of early Hokkien sayings, proverbs, rhymes and ditties to capture the essence and spirit of his hoi polloi, a community originating from the southern province of Fujian, China where individuals climbed aboard bum boats, crossing the South China Sea to settle in faraway lands to escape the brewing civil unrest and a way out from hardship carrying along with them in their journey, nothing except their trademark ponytails and their beliefs, very much rooted in Confucianism. These ditties retell their story and their lifestyle way back then so that the younger generation can gain an insight and foothold to their origin..